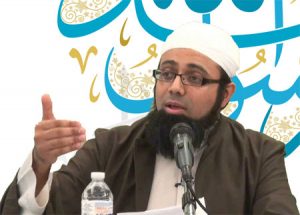 Shaykh Yūsuf Badāt was born and raised in Toronto, Canada. He has studied under some great scholars, receiving several formal authorizations in the sacred sciences with top honours. His commitment to the sacred sciences began early in his life when Allāh blessed him with the ability, by age 14, to complete the memorization of the Noble Qur’ān. He completed a rigorous 6-year ‘Ālim course and achieved his masters in the Islamic sciences, which included but was not limited to, language, exegesis (tafsīr) and jurisprudence (fiqh). He also holds a diploma in Network Administration from the Toronto School of Business.

Getting Married in Ontario

Note:Please park on Sladeview street and do not park in other tenants parking lots.